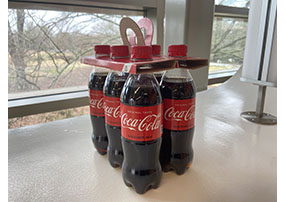 Despite Hi-Cone six pack rings being highly recyclable, with over 300 million
carriers recovered in the past 25 years, single stream recycling systems struggle to sort
the rings while consumers are misinformed on their recycling practices. Ultimately, this
hinders their entrance into the stream and facilitates their entrance into landfills. To
create a solution for a multifaceted issue, the Hi-Cone was reimagined into the
Corru-Loop.

The Corru-Loop is a corrugated reinvention of the Hi-Cone, able to carry and
transport six 16.9 fl oz. bottles of Coca-Cola. Constructed out of mottled F-flute
corrugated, the single dieline of the Corru-Loop is both simple and recyclable. With the
unique glued wrap-under-and-through design, the under panel gives support to the
upper panel as it is carried by the Loop handle. The Loop handle lays flat allowing for
the package to be stackable and pulls up for easy transport from shelf to table. The
simple design of the Corru-Loop honors the original footprint of the Coca-Cola six pack,
maintaining the advantage of the Hi-Cone that allows for the side-by-side situation of six
packs on the shelf. The flanged cut around the openings facilitate easy access to the
product while also ensuring the bottles remain in the Corru-Loop during distribution,
transport, and sale.

Despite using corrugated fiberboard which traditionally uses more paper than
paperboard, F-flute was chosen due to its thinner flute requiring less paper, thus making
the package lighter while still maintaining structural integrity. Additionally, F-flute has
enhanced printability and folding allowing it to be versatile in manufacturing operations
across multiple brands, important for a versatile product like Hi-Cone. The corrugated
board is also more likely to be recycled since consumers are familiar with recycling
paper products, aligning with the Hi-Cone’s mission to bolster recyclability by closing the
loop, while also supporting Coca-Cola’s World Without Waste initiative.

Coca-Cola’s branding guidelines and design standards were referenced to
ensure graphics that effectively conveyed Coca-Cola’s brand. The iconic Coke Red
along with white and black were used for the package to remain congruous with the rest
of Coca-Cola products. Similarly, the Gotham font family typical to Coca-Cola products
was used to remain recognizable and consistent with Coca-Cola’s branding. The
dynamic ribbon was expanded upon to turn the ribbon into an arm, similar to past
campaigns like the “open, taste, recycle with us” campaign from 2019. The hand
cradling the world evokes feelings of global unity in consumers while encouraging care
of the earth by recycling. This idea is amplified by the phrase “we’re better together
when we recycle,” playing on Coca-Cola’s branding as a global family and the idea that
the product and package can also be recycled together. The Corru-Loop’s simplistic,
space saving and versatile design effortlessly creates harmony between Coca-Cola’s
products while bolstering enhanced recyclability and their World Without Waste
initiative. 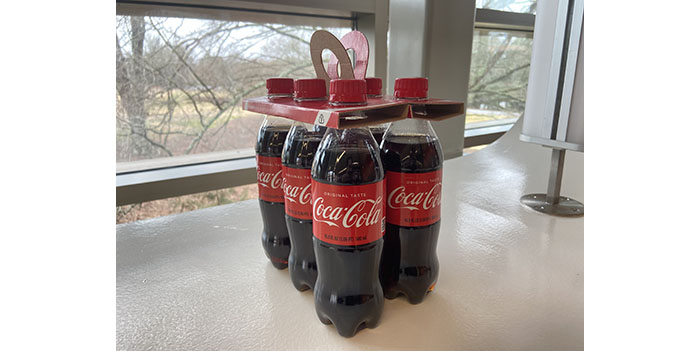 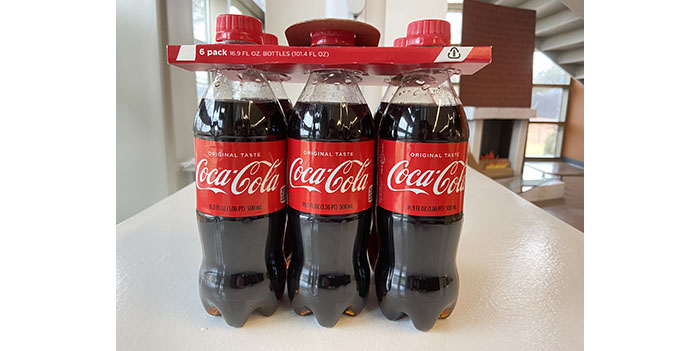 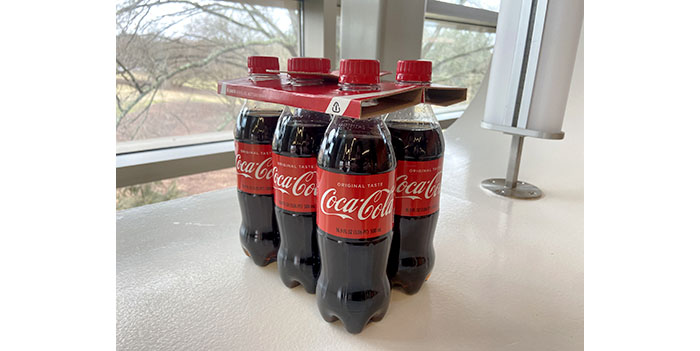 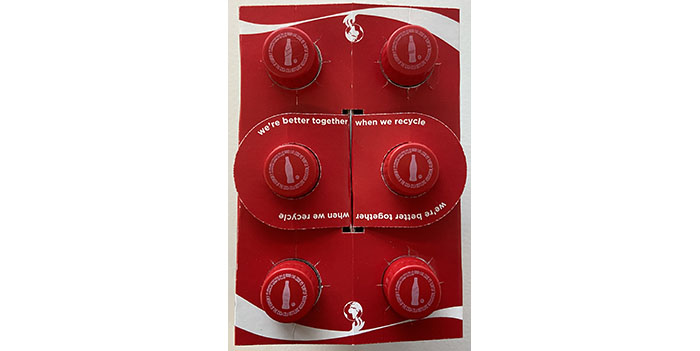