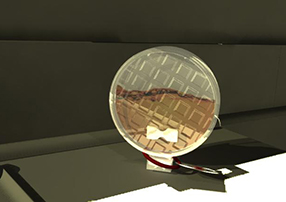 The recent maple syrup dispensers are not efficient enough, the problem being is that they pour too fast. No matter how hard we try, we always douse the pancakes with more syrup than intended. It just plops out, even when trying to keep the flow to a trickle. The kids, especially, struggled to control the amount, dumping a veritable wading pool of syrup onto their plates. Surely there’s a better way to release appropriate amounts of syrup? When designing a repack for the maple syrup dispenser, our main aim was to prevent the overflowing of syrup from the dispenser and messiness. The bottle was designed to stand upside down so that maple syrup would be completely dispensed from the bottle. The body of the bottle was designed in the shape of the waffle so that it catches the eyes of the customer especially kids. It is made from recyclable PET and is transparent.

Our bottle holds 24 ounces of maple syrup and the bottle fits comfortable in your hands. The syrup inside the transparent bottle gives a feel of the actual waffle to the consumer on the shelf which is the plus point of our design. Refill packs are also provided to fill the bottle multiple times. The closure was designed in such a manner that it would rotate freely around the threading of the neck and not come off until pressed and turned like the simple child resistant closures. The closure was designed with a double spout that were spirally shaped. The reason for the spiral shaped design of the spout and the rotary closure was to allow the closure to turn while the product was being dispensed. It follows Newton’s 3rd Law which says ‘Every action has an equal and opposite force of reaction.’ As the consumer would squeeze the bottle to dispense the syrup, the force of the syrup coming out of the spout would push the spouts in the other direction and since the two spouts are spirally shaped the force of the syrup would make the closure turn, thus dispensing the product over the waffle or pancake and covering it entirely without moving the maple syrup over the waffle which would increase consumer convenience and satisfaction. Our bottle design stands out on the shelf and makes an impact in the minds of the customer in terms of uniqueness and features. The bottle can be recycled easily and will also after the bottle has been refilled, the entire bottle can be used as a toy or a source of entertainment by the kids. We believe that our product will stand apart from the traditional maple syrup bottle that is present in the market. The waffle shaped bottle with a double spout will definitely bring a change in the routine of the customer. 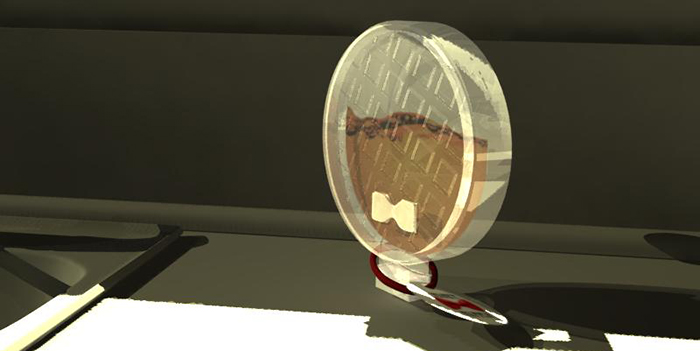 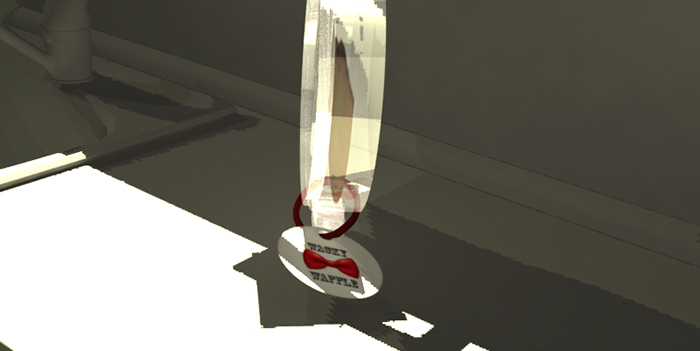 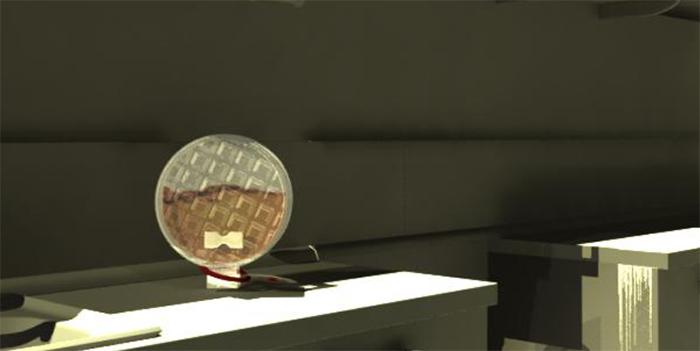