For this competition, our main objective was to redesign a syrup bottle that prevented and eliminated the main concern of consumers: a sticky mess after use. To please the consumer, we focused on eliminating this problem by redesigning the mechanism of dispensing the syrup.

During our initial planning stages, we decided to approach the task by concentrating on a different method of dispensing the syrup rather than the conventional pouring method. We looked at the caps of other condiments that help eliminate a messy experience. Through testing, we narrowed the design to two viable solutions: a pouring spout similar to a laundry detergent bottle with a lip to catch excess syrup, or, a pressure squeeze bottle similar to the no-mess ketchup caps sold in grocery stores.

After testing our possible solutions, we came to the decision that the pressurized dispensing method of the ketchup bottle cap prevented residue build-up around the opening and sides of the bottle, and ideally not on the consumer’s hands and table. We found that this design would best meet our demands because it allows for a controlled flow from the opening when pressure is applied to the sides, and immediately ceases flowing once the user stops squeezing. We decided to place the cap on the bottom because, unlike the traditional syrup bottles, the user does not need to turn the bottle right side up to stop the flow of syrup. Thus preventing the strings of syrup from collecting on the sides and opening that is undesired.

Once we decided on the squeezable bottle as our prototype, we wanted to design a bottle that was completely different from anything else on the shelves. Our bottle needed to be ergonomically friendly, as well as appealing to the eye, in order to sell. When considering the shape of the bottle, we omitted the handle that most syrup bottles have as a means of pouring the syrup. Not only will this separate our bottle in terms of appearance, but there’s no point in having one when squeezing is the method for releasing the syrup. In addition, we added utility to the bottle by including a dipping cup for those that like to dip their waffles or other breakfast items. This cup will also protect the opening from contamination while on the shelf in the store or at home.

The graphic elements for our bottle were all chosen for a specific reason. The bottle is brown because we wanted it to mimic the color of maple syrup as well as help facilitate the connection between the syrup and breakfast. We also included a picture of a savory stack of fluffy pancakes to get a potential buyer to subconsciously crave pancakes. And who wants pancakes without syrup?
Finally, sustainability is ubiquitous throughout our container. We decided to use a 3-layer plastic that uses 80% post-consumer resin and 20% polypropylene. Using the co-injection blow molding process, it allows the product to be microwavable, lower material costs, and reduce the overall carbon footprint. 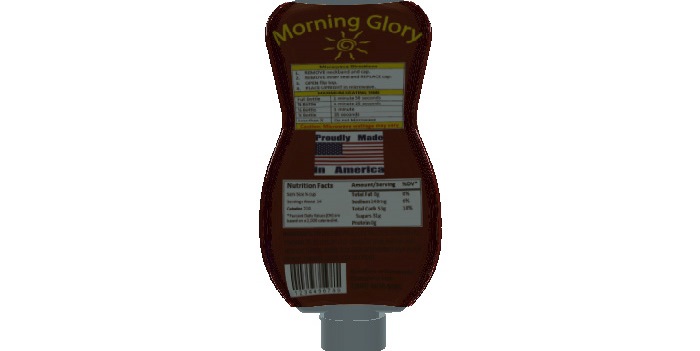 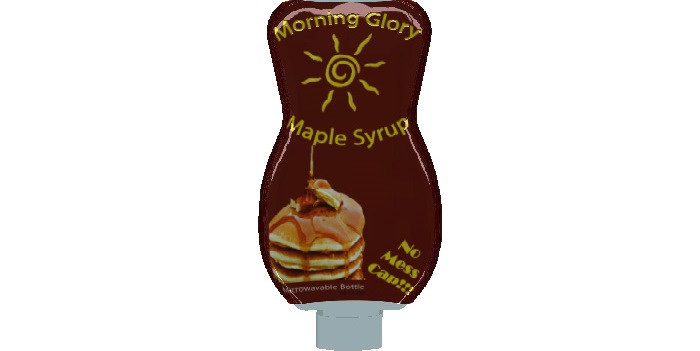 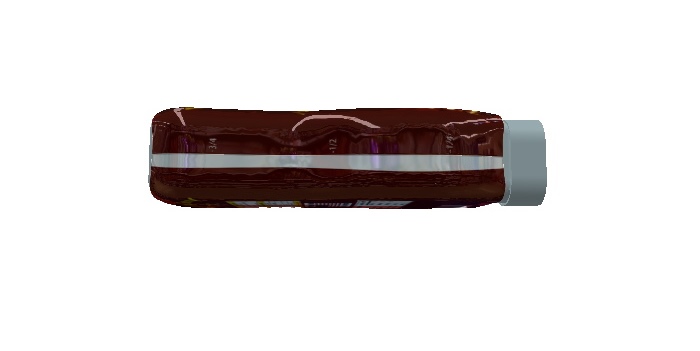 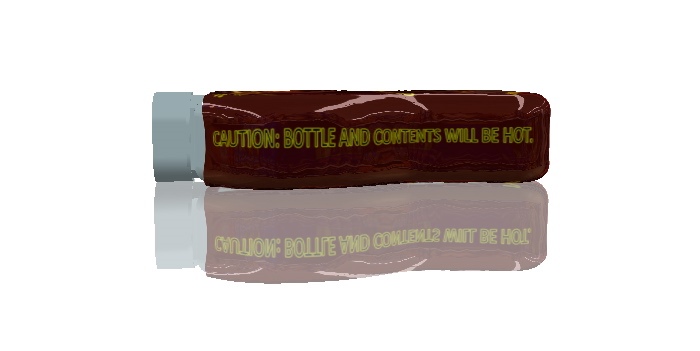