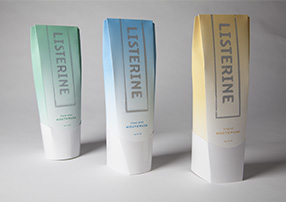 Mouthwash enhances oral hygiene. However, when consumers purchase mouthwash, it often
gets forgotten within the typical morning routine. We decided revamp Listerine in a smart, sleek,
and sophisticated way, that will increase enjoyment in using mouthwash and increase counter
appeal in bathrooms everywhere.

In choosing to rebrand Listerine mouthwash, we noticed various problems in how the product is
packaged. First, the bottle is bulky and hard to handle. We decided to slim the bottle down and
round the edges, so that it would look approachable and less intimidating. Second, a major trait
of Listerine is the top of the bottle serves as a cup. Interacting with this product becomes
unappealing because the messy residue left in the top drips down to users’ countertops, making
them sticky and stained. To fix this, we designed our bottle upside down, making the interaction
between consumers and the bottle more pleasant. Lastly, the current bottle is so large that
pouring the liquid is often a hassle. Because of this, we made our bottle one that consumers
squeeze in order to use the product more easily. Along with the new nozzle, which controls the
flow of the liquid into a cup, consumers don’t have to worry about the untidiness that comes with
using mouthwash.

Not only did we improve Listerine’s overall appearance, we improved its sustainability. Our
design is made out of PLA plastic. This plastic is made completely from corn and sugar cane and
has a smaller carbon footprint than many other plastics. Not only does PLA cost less, it is also
strong and lasts an extremely long time. This way, consumers can save their money by not
having to go purchase a new bottle of mouthwash if they drop it or if it sits on the bathroom
counter for a long period of time.

Apart from our sustainable plastic, we have developed a complete system of Listerine products.
As previously stated, we have redeveloped Listerine’s square and stocky bottle with a smarter,
slimmer one. With that, we have designed travel bottles of Listerine and individual packages of
Listerine concentrate. We don’t want users to have to stop their morning routine. If consumers
are in a rush, the travel bottles are a way for them to still use their mouthwash and not miss that
part of their day. The Listerine concentrate lets consumers take ownership of their bottle by not
having to throw it away when the mouthwash runs out. Consumers open a single packet, pour it
into their Listerine bottle, add water, and shake. It’s an easy way to help consumers remember to
use their mouthwash, rather than completely forget about it. Every travel bottle and concentrate
package will also be made from PLA plastic. This way, we are cutting down enormously on the
waste in the environment.

Our tagline is “Keep the Routine Going.” With this mantra in mind, we want consumers to be
able to complete their morning routine and start their day with a fresh outlook on life. 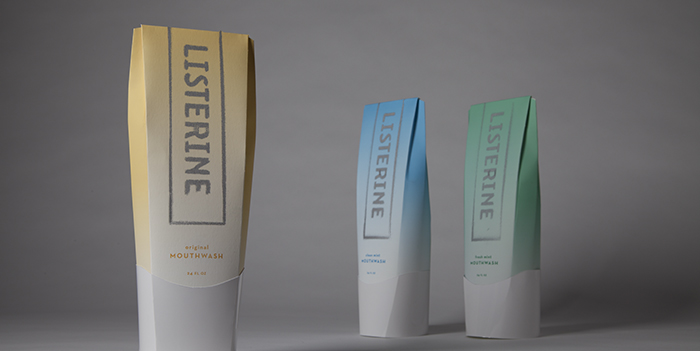 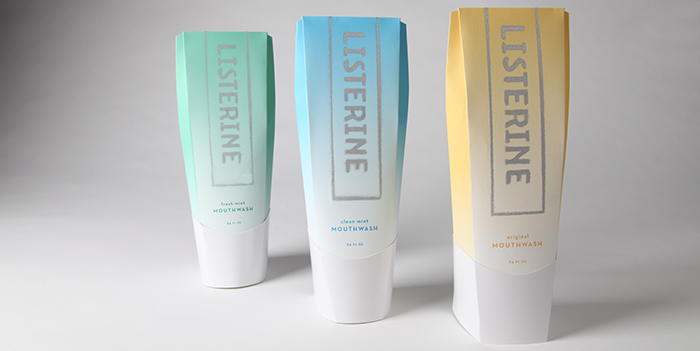