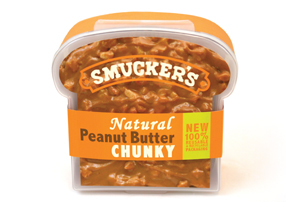 Our team chose to repackage Smucker’s Natural Chunky Peanut Butter. Peanut butter is consumed so often, but is rarely recycled. To recycle a peanut butter jar, the consumer must soak the jar in water for hours to clean it out. The consumer exerts all of this effort to simply toss the jar into the recycling bin. This effort proves to be too much for many and leads them to simply toss the jar into the trash instead. However, if the reward for cleaning out the peanut butter container were more than just throwing it into the recycling bin, never to be seen again, maybe the consumer would be more likely to put forth the effort. Our team envisions the solution to this problem is to make the container reusable.

Ideally, the design would be printed on water resistant paper so the container could be
washed easily and the design would remain intact. Along with the new attractive design of the peanut butter/sandwich container, it is also practical. The new container would hold 50% more peanut butter than the current Smucker’s jar. This increase in capacity would reduce the need for peanut butter jar production by almost 34%. In addition, the new container would allow the consumer to more easily scoop out the peanut butter as compared to the more narrow opening of the current jar. Hopefully, our team’s solution would create a more aesthetically pleasing, as well as environmentally-friendly and efficient product. 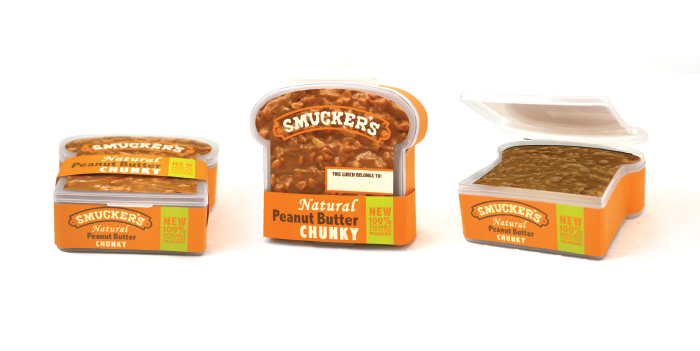 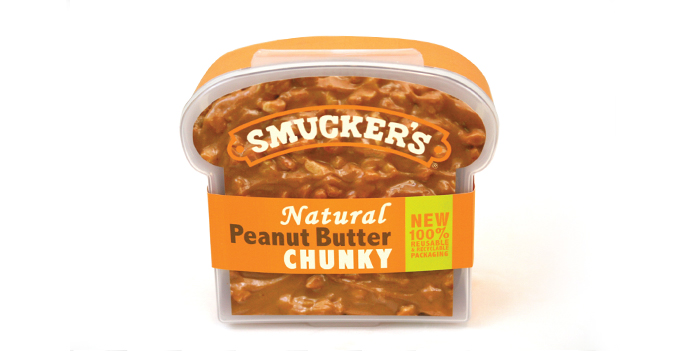